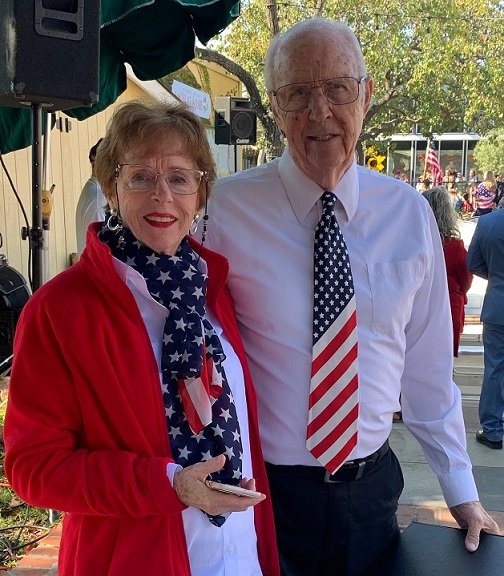 As of the fall of 2013, the Fallbrook Chorale is pleased to announce the selection of a new director, Denny Lang. Denny graduated from USC with a Bachelor of Music degree, plus did graduate work in Choral conducting at USC, Occidental College and UCLA. As an undergrad, Denny received the City of Los Angles ‘Outstanding Young Artist of the Year’ award as a bass soloist, leading to performances in many USC and southern California community productions, light opera musicals, and the Sacramento ‘Music Circus Theater’.

With experience conducting both sacred and secular choral music, Denny built highly respected music programs as Foothills United Methodist Church in La Mesa, CA (17 years) and Fallbrook Presbyterian Church (7 years), where in addition to Sunday service music, his choirs regularly presented a concert series for the community of both light/pops and serious/major works with orchestra. Denny is well known for his carefully crafted programs, as well as his light-hearted approach to keep rehearsal fun, yet challenging.

For the past 10 years, Denny has served as Artistic Director of the Imperial Valley Choral Society, directing the Imperial Valley Master Chorale, and is an adjunct music faculty member of Imperial Valley College (IVC). Under Denny’s direction the Master Chorale has developed into a choral group of about 50 community members and IVC students. They present an annual concert series which this fall includes a fall Cattle Call Rodeo concert of songs of the Old West; a Christmas program of religious and secular selections; a spring concert, often a major work combined with lighter fare (e.g. Rutter’s Magnificat followed by A Gershwin Portrait in 2010); and a final Memorial Day presentation of Americana music. The Master Chorale has performed on two occasions at Carnegie Hall in New York with John Rutter conducting his Magnificat and Requiem. In addition to his work with IVC and the IV Master Chorale, while living in Brawley, CA, Denny directed the choir at First Presbyterian Church of Brawley.

Patty Lang, who has supported Jean for the last few years is now “promoted” to the job of full-time pianist!  Good luck, Patty!  We’re a hard group to herd.

Jean Dixon served as accompanist for the Fallbrook Chorale from 1989 to 2018.  We will miss her. Jean has delighted the chorale members with her consistency, her tireless ability to play accompaniment and parts and her willingess to support us in countless rehearsals over the years.

Art Blodgett directed the Fallbrook Chorale from 2007 through the 2013 summer season.  Members were sorry that his other commitments didn’t leave Art time to continue directing the chorale. 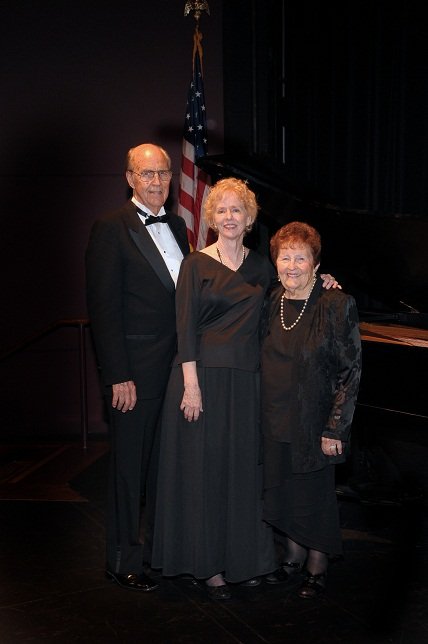